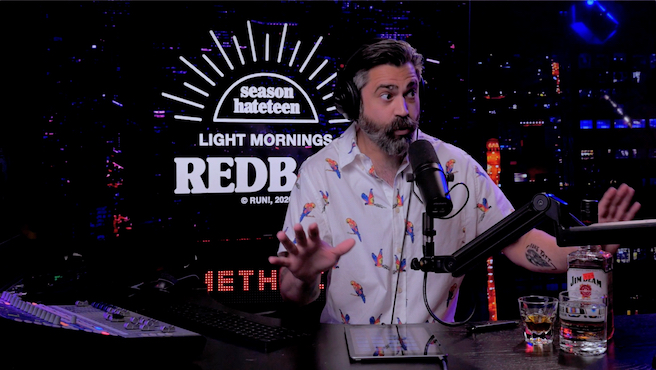 SIX HOURS! / NO EYE STUFF! / Big Mike infects all of Chicago / Fourtha / Target needs reviews / The TRUTH about Tony Hinchcliffe is revealed through the power of DMT! / WE WATCHED: Hamilton, Wolf of Wall Street, and Hannibal Buress’s new special, Miami Nights / Kanye decides to run for president again / Joe Matarese is now a COMEDY MENTOR! This one will work! / Bryan Callen interviewed by a weirdo while looking like shit / Brian Redban calls out Chris D’Elia for joke stealing & owes us a big apology / Jordan Peterson is BACK FROM THE DEAD! Or is he!? / Big Jay Oakerson and Dan Soder go into detail about what they think of Mike Redbar! / This and much more. Enjoy!